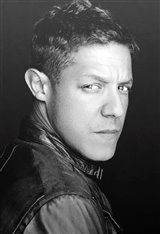 Born in Staten Island, Theo Rossi is best known for his recurring role as Juice on the hit T.V. series Sons of Anarchy.

Growing up in New York, Theo loved drawing, especially comic books. In fact, at one point, he thought that was what he would do with his life. He also enjoyed playing sports and after high school, attended Albany State University, where he played football before graduating with a degree in English. After graduation, unsure what to do with his life, he worked odd jobs in construction. One day, he attended an acting class with a friend and decided to enroll as well.

In 1999, Theo and several of his friends moved to Los Angeles. He began seriously pursuing an acting career and first appeared in commercials for companies such as McDonald’s, Nissan, and Bud Light before making his big screen debut in the film The Myersons (2001). Guest appearances on TV followed, on shows such as Malcolm in the Middle, Grey’s Anatomy, and NYPD Blue. Since then, Theo has appeared in several movies, including The Informers (2008), Cloverfield (2008) and When the Bough Breaks (2016).

Most will recognize Theo from his starring role as the intelligent hacker “Juice Ortiz” in the show Sons of Anarchy (2008 to 2014). His character started off as a guest role, but became such a hit with fans that he was given a starring role with his name in the opening credits.

In 2016, Theo was cast as super-villain Shades Alvarez in the action packed Netflix series Luke Cage.

Theo recently appeared in the movie Lowriders, co-star alongside Gabriel Chavarria. In the movie, Theo plays the role of Francisco Alvarez, the older brother of a teenage graffiti artist. The film also stars actress Eva Longoria.

Theo has been a big supporter of several non-profit organizations, including Louie’s Legacy, which is devoted to rescuing, rehabilitating and finding homes for dogs. He also started a non-profit called Staten Strong for Hurricane Sandy relief, which also works for youth empowerment. In addition, he’s formed his own production company, called Dos Dudes Pictures, with a best friend from childhood.

He is also an avid runner, and participated in the 2016 New York City Marathon. In February 2017, he took part in the 40th annual Empire State Building Run, climbing over 1,500 steps for charity.

Theo has been married to actress Megan McDermott since November 17, 2014. Together they have a son named Kane Alexander Rossi. They live in New York City with their dogs. ~Brenden Zerihun