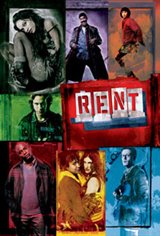 Based on Puccini's classic opera La Boheme, Jonathan Larson's revolutionary rock opera Rent tells the story of a group of bohemians struggling to live and pay their rent in the gritty background of New York's East Village. "Measuring their lives in love," these starving artists strive for success and acceptance while enduring the obstacles of poverty, illness and the AIDS epidemic.

One of the longest running shows on Broadway, Rent was the winner of the 1996 Pulitzer Prize for Drama, the Obie Award, the New York Drama Critics Circle Award, four Tony Awards and three Drama Desk awards.